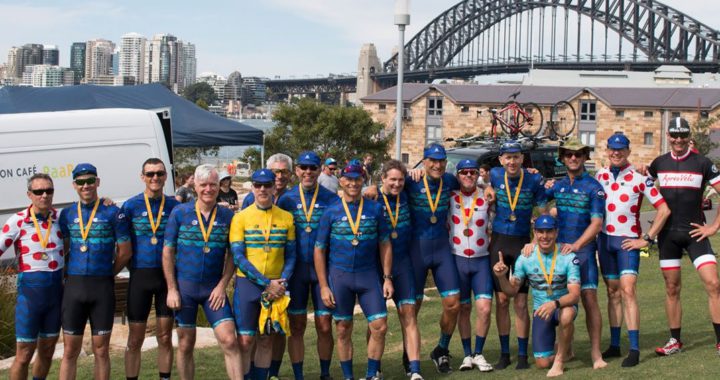 1. These guys... but one in particular 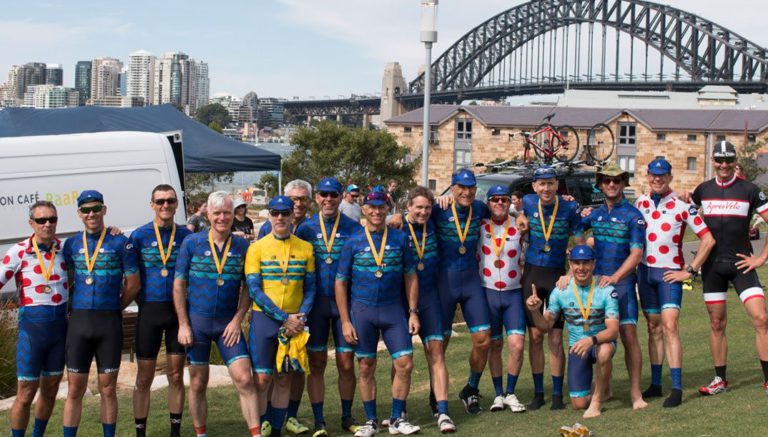 In November last year I was part of the crew supporting this group of cyclists who rode from Melbourne to Sydney over 8 days, raising funds for charity and advocating for cyclists. You can catch a glimpse of them in the video below

Between them, these guys rode enough enough kms to go halfway round the world and they climbed uphill the equivalent of 25 times up Mount Everest. It was a wonderful experience to be part of and they were a pretty inspiring bunch.

One day’s ride included the Camberwarra Mountain - over 5kms of climbing at 8% – as we drove the support car past the riders, on our way to get coffees for their well earned break, we were asking them how they were going and cheering them on. One rider told us “I’m having fun.” It made a real impression on me because this man is 65 and yet he is fit and strong enough not just to do the ride, but to be enjoying all the challenges it brought. It really made me stop and think: I want to be fit and healthy enough to be enjoying doing things like this when I am 65, so I’d better get moving more now or it isn’t going to happen. And I have. And I am happy to report that I am having fun too.

She has decided that for any journey of less than 15km she will take her bike.  When I heard that I thought – I could do something like that too. When I was younger and couldn’t drive, my bicycle was my main form of transport too, in all kinds of British weather. I rode to school, to work, to uni, to the shops, to see friends, for fun and adventures - why not now? It isn’t always practical – but there are many times when cycling somewhere would be an option, so in 2018 one of my goals is to ask myself ‘could I ride my bike there instead? before I jump in the car. I’d love to live somewhere this attitude was the norm and hoping to be part of the change.

3. Not My Idea Of A Cyclist

I encountered the 3rd person to inspire me whilst driving a support vehicle for another charity ride (if you’re in need of some inspiration yourself, maybe you should consider giving it a go too!) This person not only inspired me, but taught me some important lessons too. This man had trained for the event on an exercise bike, but it had been many years since he had ridden outside. As I drove slowly behind the group of riders, I watched him wobble along, frequently ending up on the wrong side of the road as he worked to get used to his borrowed bike and changing gears to deal with the hills etc. When I wasn’t praying for his safety, I was thinking of the sorts of things I wanted to ask him about his work because I was pretty sure it wouldn’t be long before he’d be sitting next to me in the car with his bike on the rack behind us. Well I was in for a surprise – not only did he ride the 25kms there and back, he rode 25kms that also included riding up and down Bobbin Head.

So what did I learn that day?

I learned that I thought that the only people who could ride up and down Bobbin Head looked like this: 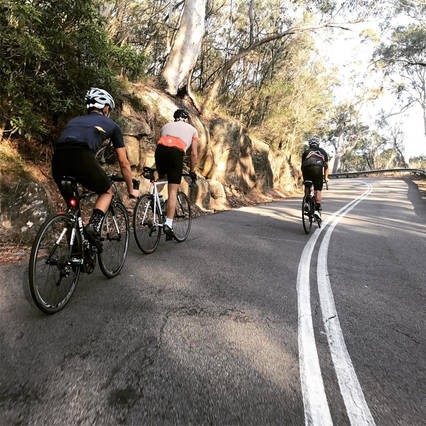 That man didn’t look like that – but he did it. I’d been waiting at the top for the call to come and give him a lift back up the hill  - when the phone finally rang, it was to tell me that he was halfway back up to the top – I could hardly believe it. He knew it would be hard but he wanted to do it, so he took it at his own speed and rested when he needed to, and he did it.

Then it dawned on me, not only did that man not look like these cyclists, nor do I… but if he could do it, then surely I must be able to too?… so I went back later on that day, with my husband next to me for moral support, and guess what? I could do it too! And the next day I went back by myself and did it faster.

So, your turn, who – or what inspires you?