The ‘Cycling and Women Survey’ is the third annual survey conducted by the Heart Foundation and The Cycling Promotion Fund.

There was not one clear stand out reason that women believe prevents them (or other women) from cycling: 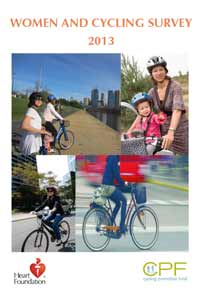